As early as August 10, the global superstar has officially gone platinum with 1,000,000 copies of the revolutionary album "WHEN IT'S DARK" selling in record time. The limited-edition E-NFT was distributed on the E-NFT.com platform and boosted by promotions from Lomotif, social media platform and global leader in user-generated music content. 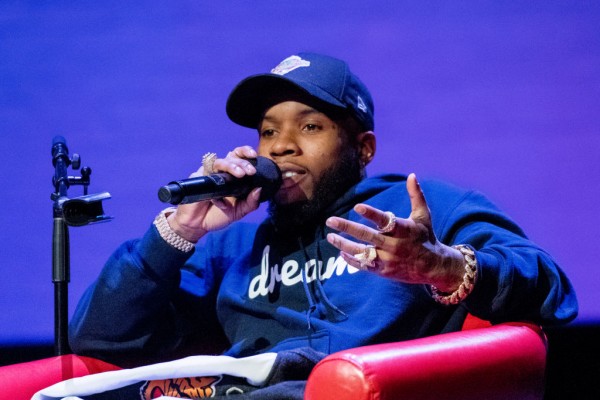 Sold for only $1 per copy, Emmersive Entertainment has provided global fans cost-effective means of accessing exclusive music and content by the world's top artists. Tory Lanez has curated the content himself, in collaboration with Emmersive Entertainment, resulting in seven original tracks and seven original art pieces that make "WHEN IT'S DARK" a must-have collector's item.

Now, lucky fans who got their hands on the piece can even resell the experience with the potential to turn a profit, given the industry disruptive price Tory Lanez and Emmersive Entertainment released the new album for.

The launch of "WHEN IT'S DARK" also marks the launch of Emmersive Entertainment, the NFT first-ever music streaming platform, also a subsidiary of Vinco Ventures, Inc, a global leader in selective acquisitions that leverages new market opportunities with its Buy. Innovate. Grow (B.I.G.) Strategy. Additionally, the NFT album is also featured in Lomotif, a rapidly-growing social media platform seen as a major alternative to TikTok. Lomotif, a platform rooted in boosting user-generated music content, also recently hosted the largest virtual concert ever with LiveXLive, raking in more than 37 million live views.

"First and foremost, I put blood, sweat and tears into creating my music, because delivering the highest quality of music is paramount for me," Tory Lanez said in a statement. The Canadian rapper also expressed excitement in opening a platform together with Emmersive Entertainment that empowers both fans and collectors to not only experience his work, but to become entrepreneurs if they want to with  the ability to trade and resell the album on the market.

Tags: Tory Lanez nft new album
© 2022 EnStars.com All rights reserved. Do not reproduce without permission.
Most Popular
You May Also Like

A year after the shooting incident one summer where Tory Lanez and Megan Thee Stallion got involved, the court revealed new information regarding the "In For It" singer's felony assault case.

Tory Lanez faces another legal battle amid his case with Megan Thee Stallion after he allegedly abandoned his hit-and-run victim.

Tory Lanez faced another battery accusation only a few months after recovering from an issue with Megan Thee Stallion.

The suspect behind Megan Thee Stallion's shooting, Tory Lanez, has denied that he assaulted the famous rapper.

Tory Lanez and his camp speak out after Megan Thee Stallion claimed he tried to buy her silence after shooting her in the foot.

Megan Thee Stallion's alleged assailant, Tory Lanez, has been charged with 22 years in prison for shooting the rapper.

Rapper Tory Lanez has recently broken his silence about the shooting incident with Megan Thee Stallion.

Megan Thee Stallion claps back at haters who criticized her over her gunshot injury.