After its successful in-person comic convention last July - the first in 18 months - the Big Apple Silver Anniversary Comic Con will push through this coming September 25 to 26.

The Big Apple Comic Con has been a New York staple - a historic, iconic comic book and pop culture collectible event that serves an entire community. This event is also proudly "of the city," it is not owned by any corporate employee, making in and all for NYC, providing family-friendly experience and entertainment as one of the best known and most frequented Comic Book collectible trade events in the United States.

With its upcoming silver anniversary celebration, the Big Apple Comic Convention is beginning a new era, one that is set to change the scope and focus of the comic convention as a whole. 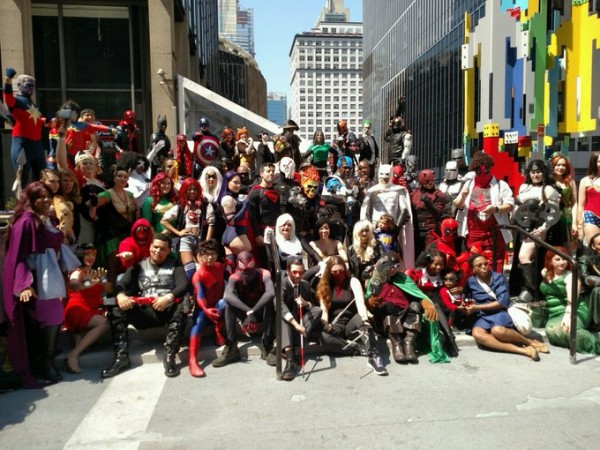 Meet for the First Time a "Gallery of Great Collectible Comics"

In reinventing the comic convention, the Big Apple Comic Con, in its new home in the iconic art deco architectural magnum opus The New Yorker Hotel, will be presenting for the first time in its history a so-called "Gallery of Great Collectible Comics."

The gallery will be featuring 100 of the greatest comic books ever released, from the Golden and Silver Age of Comic Books, specially curated in a gallery exhibition that will run for two days. Boasting over $10 million in total collective value, the books on display will include issues that are known to every fan and collector, including the following: Mile High Superman #1; Bob Kane's Detective Comics #27, which marked the first appearance of Batman; Hulk #1, Amazing Fantasy #15, which saw the debut of Spider-Man; and more.

Ebay serves as the primary sponsor of the exhibition and there will also be a special press-only premier of the "Gallery of Great Collectible Comics" on Friday, September 24, at 7 PM local time.

Additionally, the BACC Silver Anniversary event will be attended by over 100 exhibitors, guests, artists, and cosplayers, with a focus on the 30 up-and-coming homegrown artists from the New York City area.

One of the partners for the event, Origins of Play, will be offering a comprehensive, playable history of video games, open for fans of all ages to play and enjoy all day. For aspiring artists, the Big Apple Comic Con will also be offering four graphic art workshops by the Kubert School of Art, the globally renowned technical school focused on cartooning. For collectors, the BACC will be hosting events teaching attendees how to grade comic books and how to effectively invest in collectibles.

The BACC has also announced that it is continuing its partnership with Covenant House, jointly sponsoring an art auction scheduled on Sunday, September 26, to benefit the work done by the nonprofit in support of young people.

RELATED ARTICLE: 'The Bachelorette' Star Zac Clark and His Family To Be Honored at Caron's 27th New York Gala

Tags: New York Comic Con new york city Comic-Con
© 2021 EnStars.com All rights reserved. Do not reproduce without permission.
Most Popular
You May Also Like

Buying tickets to New York Comic Con isn't as easy as you think.

'Avengers 2' & 'Daredevil' To Be On Full Display During Marvel's New York Comic-Con Panel, Watch It Live!

New York is sitting on a bed of first glimpses into the newest TV shows and movies from Marvel and it is killing fans to see them. But which shows and movies will be getting the first look treatment and will a big budget blockbuster miss the convention entirely?