The final trailer for the highly anticipated animated film Sing 2 has finally been released. This sequel follows the core cast of characters from Sing. This new Illumination film chronicles, according to the official release, " the ever-optimistic Buster Moon and his all-star cast of performers prepare to launch their most dazzling stage extravaganza yet ...all in the glittering entertainment capital of the world. There's just one hitch: They first have to persuade the world's most reclusive rock star-played by global music icon Bono, in his animated film debut-to join them." The star studded cast includes Matthew McConaughey, Reese Witherspoon, Scarlett Johansson, Taron Egerton, Tori Kelly, Pharrell Williams, Letitia Wright, Eric Andre, Chelsea Peretti, and Nick Kroll. This new movie is sure to have everyone dancing in their seats!

Like all of the best-animated movies, Sing 2 is able to use cartoon animals as a vehicle through which to ground the audience in an excitable reality. It also, much like the triumph that was Sing, intelligently uses music. Sing 2 has a chance of being home to some of the hottest songs of the season. The movie is amassing its soundtrack out of songs from hit musical sensations including Billie Eilish, Drake, U2, The Weeknd, Prince, Taylor Swift, BTS, Cardi B, Bad Bunny, J Balvin, Shawn Mendes, and Camila Cabello. The most challenging part of this entire movie will be trying to watch it without singing along! 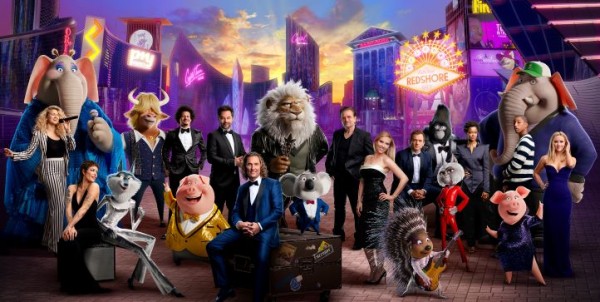 This new bopping movie will be in theaters on December 22, 2021. Be sure you get your tickets so you are able to rock your way into Christmas Eve!