When Prince Harry and Meghan Markle perform a second round of this, it's said that Queen Elizabeth II and the rest of the royal family will lose it.

Who could ever forget the Duke and Duchess of Sussex's March sit-down interview with Oprah Winfrey?

Their shocking accusations shocked people all across the world, including the British royal family.

Only a few weeks ago, the former "Suits" actor sat down for another sit-down interview in the United States, this time with Ellen DeGeneres for "The Ellen DeGeneres Show."

For five months, the mother of Archie Harrison, 2, and Lilibet Diana casually conversed with her next-door neighbor and personal friend, but avoided making any comments about the royal family.

Instead, Meghan spoke about her new life in California with Prince Harry and their children, as well as her experiences as an actress before to meeting her now-husband.

Despite the fact that Prince Harry and Meghan Markle's conversation with Ellen wasn't particularly stunning, a royal biographer feels that these sorts of interviews might create a precedent for their public image outside of The Firm.

Duncan Larcombe told Closer magazine, "I really wouldn't be surprised if they're planning another Oprah interview."

He claimed that the Sussexes caused chaos, and he believes there's no stopping them anymore.

"I can totally see more of these high-profile, Hollywood-style interviews with A-list TV hosts happening. Especially if there's lots of money being offered for it."

The source also stated that Prince Harry, who is releasing a memoir in the fall, would need to promote it, which means he will likely conduct more sit-down interviews.

If the next interview is anything like the previous Oprah, the royals will be pushed to breaking point. 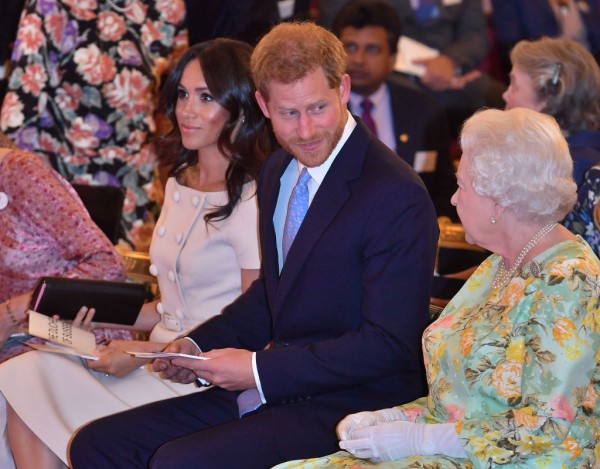 No Turning Back For Prince Harry and Meghan Markle

Prince Harry and Meghan Markle's relationship appears to be drifting away from the royal family, according to rumours that the Sussexes would not be returning to the UK with their children for the Christmas holidays.

Despite the fact that they are no longer formal members of the royal family, it has been reported that both were asked to remain at Sandringham for the holiday season.

Lilibet Diana's great-grandmother, after whom she is called, has never met a member of the royal family.

A source confirmed to Page Six, "If they were [coming], they would have communicated it to their family by now."

"But this is Her Majesty's first Christmas without her husband, so one would have hoped they would want to be with her."

Rumors believe Queen Elizabeth has been using her power to order her son, Prince Charles, to take away Prince Harry and Meghan Markle's royal titles.

Meghan Markle's appearance on "The Ellen DeGeneres Show" apparently inspired her to launch her own talk show.

Prince Harry and Prince Charles haven't seen one other in over eight months, but they're starting to mend fences.

Meghan Markle has won a significant legal victory in her court battle with a British newspaper.

One royal author believes that Prince Harry felt like he was "erased" from the Royal family during Queen Elizabeth II's 2019 Christmas broadcast.

Prince William and Kate sparked reconciliation rumors with Prince Harry and Meghan Markle as they plan to jet in the US next year, but it might not happen at all anymore.

Several members of the media appeared on BBC's 'The Princes and The Media' where they revealed Prince Harry's real attitude on his last royal trip as a member of the firm. Soon after he returned to the UK, he and Meghan Markle dropped their royal duties.

Meghan Markle Has Control Over The Family Finances? Prince Harry Becomes A Henpecked Husband of the Duchess [Report]

Speculations about Meghan Markle's overbearing control over Prince Harry have extended to their finances as media dubs the royal "One Of The Most Henpecked Men in Hollywood."