If you were immediately aware that that nonsensical seeming series of "duhs" was in fact the iconic intro music to the classic Harry Potter films, get ready to be so overwhelmed with joy you'll think you've been hit by a bludger: The official teaser trailer to HBO's Harry Potter 20th Anniversary: Return to Hogwarts is finally here!

This retrospective, which was announced back in November, will feature appearances from a lion's share of the unforgettable cast. Get ready to relive all of the magic again, and start combing through your mail to see if you got your Hogwarts letter (even though you're a fully grown adult, it's a British school for children, and the US postal worker who comes to your house is really tired of your constant heckling).

Of course, after seeing this teaser trailer, we will now also be going through our mail looking for an invitation to this reunion. We'd want any reason to re-enter the world of Hogwarts - If you don't want sidekicks like Hermione Granger and Ron Weasley, what are you doing with your life? 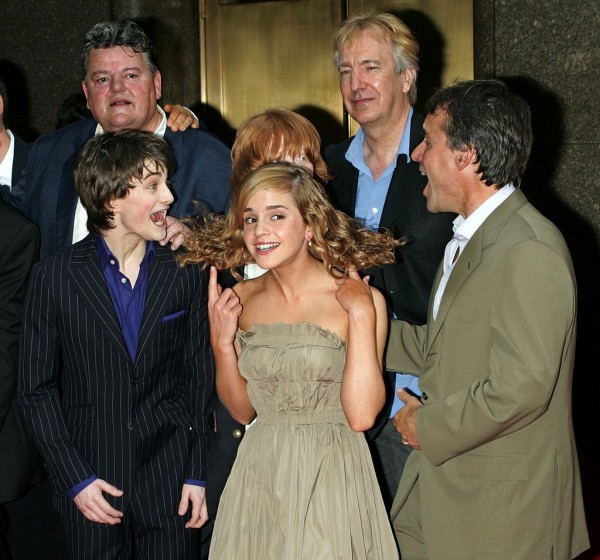 We'll know more about this Fluffy-sized event as we get closer to the premiere date, but fans don't have to wait long at all: The Harry Potter 20th Anniversary: Return to Hogwarts comes out on HBO on January 1st.

Are you ready for Harry Potter and the Parody Songs?

Richard Harris Believed the Phoenix was Real Proving Magic is Real! The 'Harry Potter 20th Anniversary: Return to Hogwarts Special' Warmed Our Hearts with the Magic of Love!

"To love so deeply, even though the person who loved us is gone, will give us some protection forever."

There was certainly worry about Dornan being typecast after the blockbuster '50 Shades of Grey' hit screens - but he wasn't one of the ones worrying. Now he's in a Kenneth Branagh film.

We're Predicting It Right Now: 'The Lost City' With Sandra Bullock, Channing Tatum, and Daniel Radcliffe Is Going To Be A Classic

If the cast list didn't already make it obvious, the trailer definitely did: 'The Lost City' is going to be one of those movies that you can watch over and over again.

In the new rom-com, romance author Loretta Sage is kidnapped by an eccentric billionaire fan, and her longtime cover model takes the opportunity to prove his worth to her by setting out to save her.

'Ghostbusters: Afterlife' Star McKenna Grace Loves Her Unusual Life, But Still Hopes She Can One Day Go To Prom

It's hard to tell which child celebrities will end up as well-adjusted adults, but if we had to guess right now, we'd probably all say that the charming and self-possessed young actor Mckenna Grace will probably be one of them.