Josh Duhamel opened up on his son's first baseball game and his role in a film based on the sport, itself.

On Friday, Extra posted an interview with the actor who dished on what it was like taking his two-year-old son Axl to a Dodgers game. The child is still not that into sports, but there was something else at the game that made him happy.

"He loved the hot dogs," Duhamel said. "He didn't really care [about the game]."

The actor spent the day with his son and wife, Fergie, where they stayed for a certain portion.

"Well, we had to leave. We were only there for the three innings so it was perfect," Duhamel said.

The 43-year-old is playing baseball icon Bill Lee in the film Spaceman, something that was an incredible experience.

"It's a really fun, easy movie. What I love most about it is it tells a story about a guy who-- for anybody who knows baseball-- this guy had a reputation and he gives you an understanding as to why," Duhamel said. "I really love the script. I love the fact that he was this guy who had this reputation for being out there and for being...he was on the cover for 'High Times Magazine,' he was doing yoga before anyone even heard of yoga and he was just out there."

The actor also dished on 'M.I.L.F. $,' the new hit from Fergie and the video he had a chance to appear in.

Spaceman is now in theaters. 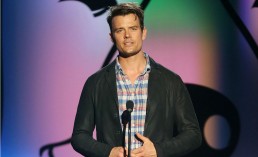 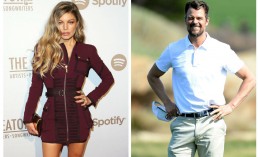 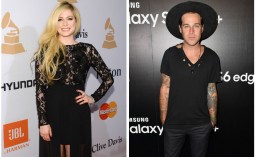