Yes folks, the time is very near for the upcoming and well awaited Logan movie. Fans have been waiting for this movie for a while now and reporters have been reporting about it just as much.

But what dorve this movie's fanbase off the roof was the peculiar way this movie was advertised. As one should know, the trailer has been out for many days now. But before the trailer came out, an unknown Instagram account with the "verified" symbol started posting various pictures regarding the movie online.

These pictures were subtle yet gave somewhat strong hints regarding the movie. It was because of these pictures that fans started theorizing the end of Logan and the start of X-23, his clone he raised as a daughter figure.

Then finally when the trailer came out, the theory was almost confirmed when Logan was showed as an old and weak man and he was holding hands with a little girl.

Finally, less than 24 hours ago as of right now, the same instagram channel posted a proper front-faced picture of the same girl. The caption of the picture, indicating the name of the girl, signed "Laura" as covered by Coming Soon.

Consideirng how X-23's real name is Laura, this completely proves what exactly did the writers for Logan had in mind.

Bleeding Cool showed how the picture posted is in black and white and shows a close up face of a little girl coming out of the shadow. Now she is not like how one would expect a little girl to be. For she has quite the stern look about her. The same look one would see on Wolverine most of the time.

She seems to have brown hair and a sad look in her eyes.

Although the demise of Logan may be an unfortunate event, it does peek the interest of the viewer to watch and figure out the story between Logan and Laura.

Even if the theories are confirmed, nothing much can be known about the actual contents and production unless one sees the movie themselves. 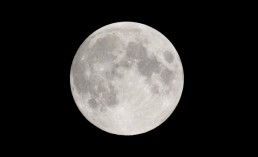 Moon is no place like Earth; Landfall for meteorites