Kendall Jenner set the internet on fire this week after she allegedly had injections to make her lips plumper. Many followers of the Kardashian-Jenner family believe that the model really had a job done for her chops. But, did she really go to the doctor?

On Nov. 21, Kendall appeared on a Facebook Live session with sister, Kylie Jenner. Fans that saw the model that day noticed something visibly different about her, Hollywood Life reported. The 21-year-old appeared to have plumper lips.

This immediately started speculations that Kendall followed in the footsteps of her younger sister and went through a lip injection procedure. Kylie was quick to dismiss the rumors saying that the effect was just make-up and it was all her doing.

For days, followers and news outlets, alike, were in the hunt to prove the lip injection theory. Thanksgiving pictures of the Keeping Up with the Kardashians star made its way to media and again, in some snaps, her soup coolers seemed fleshier. However, in a Snapchat video with her 19-year-old sister, Kendall's lip appeared the same as before the rumor started.

Flash forward to the Victoria's Secret Show in Paris, Kendall stepped out with bestie Gigi Hadid and the rest of the Angels. The group flew to the City of Love and arrived there on Monday, the Mail Online mentioned.

In Paris, the older Jenner was photographed in a couple of occasions sans the stout lips she showed off during the Facebook Live session. In a night out with the rest of the Victoria's Secret angels, Kendall's soup coolers did not look out of the ordinary. The same rings true for another picture taken when she was out shopping at Gucci with Gigi.

Paparazzi photos, at this point, are better ways to find out whether the Jenner model really had a procedure done. These pictures are not Photoshopped or enhanced, unlike selfie pictures or Snapchat, which has so many filters that could skew someone's sense of reality at times.

For now, it is safe to say that Kendall Jenner's lips are not product of a doctor's procedure. 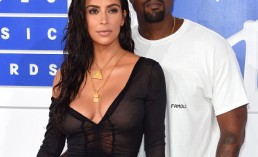 Are Kim Kardashian and Kanye West Getting a Divorce? KUWTK Star Moves Back to Kris Jenner’s Home

Kylie Jenner Fakes Being Sick to Bail out of James Corden’s Show? Sister, Kendall Jenner Neither Confirms nor Denies [VIDEO] 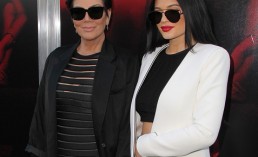