Ryan Reynolds recently spoke about the crazy expectations and subsequent reaction to Deadpool and his own anxiety.

Deadpool was one of the biggest runaway successes of 2016, grossing a whopping $363 million in the U.S. and becoming the no. 2 highest grossing R-rated movie of all time, behind The Passion of the Christ.

Reynolds and the movie itself have now garnered awards attention, with the star winning the Critics' Choice Award for Best Actor in a Comedy Movie, and receiving a Golden Globe nomination. So is the actor overwhelmed after the craziness of the past year?

The actor spoke with Variety recently about how wife Blake Lively kept him calm through much of the year and how he has battled anxiety over the years.

"By the time we were in post, we'd been to Comic-Con, and people went crazy for it. The expectations were eating me alive," Reynolds said. "Blake helped me through that. I'm lucky to have her around just to keep me sane."

He continued: "I have three older brothers. Our father was tough. He wasn't easy on anyone. And he wasn't easy on himself. I think the anxiety might have started there, trying to find ways to control others by trying to control myself. At the time, I never recognized that. I was just a twitchy kid."

Deadpool has become by far the biggest movie of Reynolds career, after a string of box office failures and disappointments. He is hoping to keep riding the gravy train of Deadpool for as long as he can, with a sequel movie already greenlit.

"I would love to play Deadpool for as long as they would let me play Deadpool," Reynolds admitted. "We have outlines and stories for a number of different films."

Deadpool is currently out on Blu-ray and DVD, and is also available to stream on HBO Go and HBO NOW. 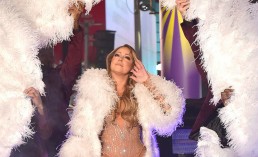 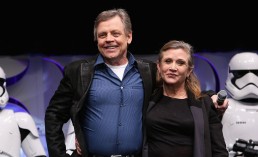 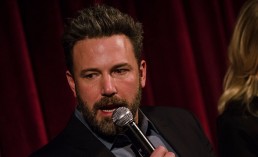 Ben Affleck Movies: Actor Admits He Looks Back On His Life & 'Cringes' At Times [VIDEO]