"Dance Moms" was put in the spotlight last week because there were two major happenings in the recent episode of the reality TV show. First, Chloe Lukasiak seems to have returned when she appeared in the finale. Secondly, the show's dance instructor Abby Lee Miller is being sentenced for fraud.

Chloe Lukasiak, the 15-year-old dancer, quit "Dance Moms" in 2014. Her withdrawal from Miller's dance company was not pleasant so it was a bit of controversial at that time. She has been with the Abby Lee Miller Dance Company since she was 10 and was often criticized by the dance instructor.

Lukasiak finally decided to leave when at one point, "Dance Moms" Abby Miller made fun of the appearance of her eye because the other was bigger. It turned out that it was a symptom for sinus collapse syndrome that needs surgery, Mail Online reported.

Now, her recent appearance on "Dance Moms" seems to be suggesting that Lukasiak already forgot those bad times that she had to endure. The lady even admitted that she really misses joining the competitions with her friends which include Paige Hyland, Nia Sioux, and Mackenzie Ziegler.

Seeing her friends again, the reunion on "Dance Mom" winter finale was emotional. Moreover, the 15-year-old dancer came to the show to surprise her teammates and to give them her support as they compete at the Nationals competition in Pittsburgh. Her friends matter more to her so even she clearly stated that "I don't want to see Abby," she still went with her mom.

Abby Lee Miller was there when Lukasiak arrived and the instructor dramatically walked away so they did not really meet. At any rate, the mid-season finale of "Dance Moms" did not mention whether Chloe is returning for season 8 or not but it appears that there is a chance she would.

Meanwhile, "Dance Moms" Abby Lee Miller is on the verge of being jailed for bankruptcy fraud. Her final sentencing was originally set on Feb. 24 but it was reset for March 8.

According to Deadline,  "Dance Moms" Abby Miller will either be put in jail for 30 months if found guilty, or she may be put up on probation. The decision for her penalty will generally depend on the outcome of the impending court meeting.

The "Dance Mom" dance team head was charged with 20 counts of fraud which include concealment of assets, bankruptcy fraud and false declarations of bankruptcy which she filed in October 2015. She deliberately hid over $750,000 of earnings from the Lifetime reality show. 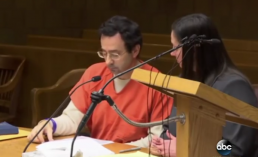 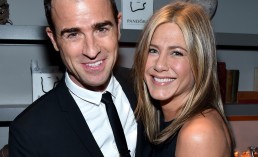 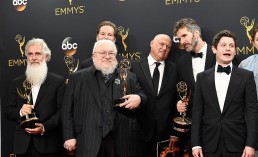