Internet service providers believe that the Federal Communications Commission (FCC) might just bring down the entire Internet with its new privacy protections. Consumers' are wary that their online privacy may be compromised.

The new bill signed by President Donald Trump allows Internet providers to sell consumer's browsing history to marketers without their permission. But before the president got hold of the bill, the senate first voted to reverse the ruling according to Independent.

According to the Republicans, the FCC's rules confuse customers because they should only cover internet providers and not websites like Google or Facebook. The telecommunications industry largely opposes the new law saying it gives an unfair advantage to the giant websites.

The privacy ruling was unnecessary, confusing and adds another "innovation-stifling" regulation to the internet, according to Jeff Flake, a Republican senator from Arizona. Meanwhile, Bill Nelson, Florida's Democratic senator said that the Congressional Review Act is a "blunt congressional tool" that will eradicate thoughtful rules and may prevent the FCC from reintroducing similar rules.

The legislative counsel at the ACLU calls the new regulations "weird gray area." "The concern is you don't have rules on the books right now that govern how Internet service providers have to protect personal information like browsing information," she said in a report by CNN.

States like Illinois, Minnesota, and Texas are now weighing on the Internet privacy protection. "The best hope for consumer protection is at the state level," Gigi Sohn, counselor to former FCC chairman Tom Wheeler, said.

More people are now spending more time on the Internet through smartphones, wearables and even smart appliances. Facebook and Google could use personal data on these areas to sell targeted ads.

However, there should be a limit on how much these Internet providers can share. "There is a level of self-regulation in how much they share. They don't want consumers to feel they are being used," Martin Utreras, an analyst at eMarketer, said. 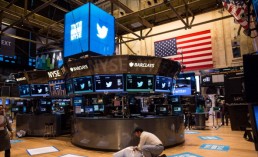 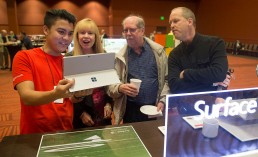 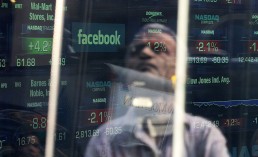