The moment has finally happened for Kim Kardashian and Millie Bobby Brown. The two can now say that they have eventually met in person.

Those that follow Brown and Kim K on Twitter know that they have been sending each other cute messages since January. Brown has continued to express her love for the KKW Beauty founder and her other sisters in several interviews.

On Friday, March 30, the Stranger Things star and the mother of three took to their Instagram stories and Snapchat to share with their fans their first ever get-together.

For the special occasion, Brown appeared to be wearing a graphic tee and a denim jacket while Kardashian seemed to be sporting a black robe. In the video, the duo couldn't seem happier as they both don the Snapchat flame filter.

"You guys, look who I'm hanging out with on this Good Friday," the reality star says in the Snapchat video.

Brown also took to her Instagram stories to share a filtered selfie of herself and the Keeping Up With the Kardashians star with cute furry ears.

"Happy Friday!" the 14-year-old labeled the shot along with a pink heart emoji.

Kardashian and Brown have been talking about a chance of meeting in person ever since the young actress took to Twitter and stated that she wanted Kim's older sister Kourtney Kardashian to shake her salad.

honestly, all i want is for Kourtney K to shake my salad. — Millie Bobby Brown (@milliebbrown) January 11, 2018

The tweet, of course, got the makeup maven and Kourtney's attention. Kim responded to Brown's message and told her that she could indeed arrange the moment to happen.

Kourtney then jumped in on the tweets and made it known that she was down to the deed.

In November 2017, Brown confessed her love for the Kardashian sisters while appearing on The Tonight Show With Jimmy Fallon.

The MTV Movie Award winner told Fallon that she thinks the Kardashian girls are so entertaining. She admires how they have their own language. 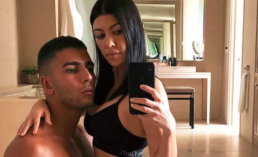 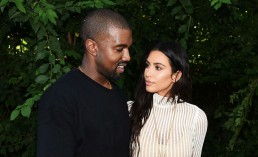 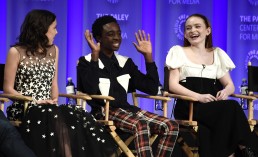