Beloved comedian Chuck McCann, known for voicing characters in the Power Puff Girls and DuckTales among others, has passed away at the age of 83.

The Epitome Of Fun

McCann started his career in the 1960s in New York City, before venturing into films, TV, and commercials. He died on Sunday, in Los Angeles, of congestive heart failure, according to his longtime publicist.

The beloved actor was the epitome of a fun supporting character. He worked prolifically throughout his lengthy career, first as a kids' show host, then as a puppeteer, nightclub comic, voiceover performer, celebrity impersonator and, of course, as an actor in many films.

His key supporting role came in the1968 film The Heart is a Lonely Hunter. He later made an impression in 1971 in The Projectionist, which was his only starring role.

McCann was known for doing a brilliant impersonation of Oliver Hardy and was a founding member of Laurel & Hardy fan club the Sons of the Desert. He was a lifelong fan of the duo, even penning a letter to Laurel as a child.

"I did everything. I never closed doors. If you look at my career — if I had one — I never think of it as a career, I just look at it as things I love to do. I have just as much fun doing a 30-second commercial as I do making a movie," he said in a 2007 interview.

He credited his fame to New York kids' show host Sandy Becker who gave him his big break in the mid-1950s when the two worked together.

Jack Of All Trades

McCann was also well-known for his roles in a number of TV spots for Right Guard, which ran during the '70s and '80s. He also voiced Sonny the Cuckoo Bird for General Mill's Cocoa Puffs TV commercials, solidifying his presence for millions of kids.

The masterful jack of all trades later manned Let's Have Fun on Saturday mornings, doing virtually everything onscreen for more than three hours. He later headed up The Chuck McCann Show.

McCann's TV work was varied, with the actor and comedian making appearances on everything from The Bob Newhart Show, to Columbo, Little House on the Prairie, Starsky & Hutch, Mad About You, and Sabrina the Teenage Witch.  He also voiced characters in Animaniacs and other shows.

McCann is survived by his wife of 40 years, Betty Fanning. He also has three children from a previous marriage. 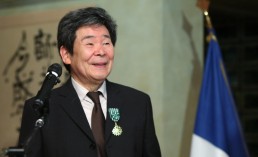 Isao Takahata, Studio Ghibli Cofounder And Director, Is Dead At 82 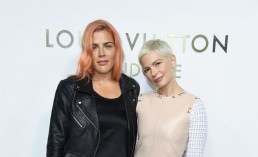 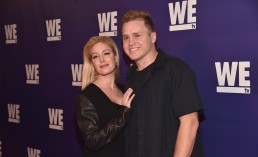