The Glasgow quartet TeenCanteen has been a steady part of the music scene since they debuted and now that they're on their fifth year anniversary - they're looking back at their career with their supposed debut album. 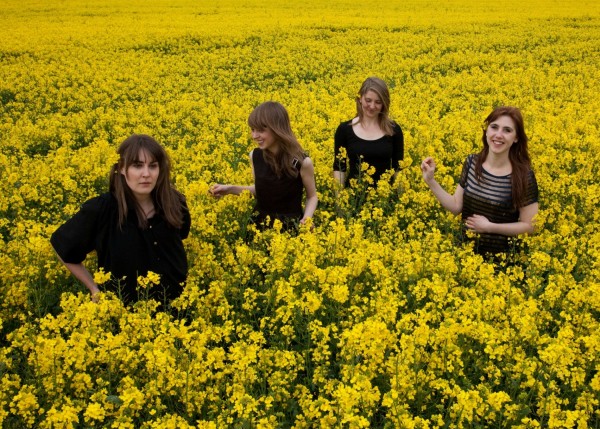 Their new album, "This Is How It Starts," is a collection of recordings that didn't make it to their phenomenal debut album "Say It All With A Kiss" released last 2016. The fifth-anniversary album surprisingly offers a raw, fresh exciting record that breathes a welcome wave of nostalgia to those who have followed TeenCanteen since they first broke into the music scene. Full of fun notes, energetic pop sounds, and featuring Scottish indie-pop icons on the album such as BMX Bandits' Duglas T. Stewart and The Vaselines' Eugene Kelly, "This Is How It Starts" definitely captured the buzz that TeenCanteen first made when they debuted.

TeenCanteen is a four-piece band formed in Glasgow, Scotland. Known for their "sticky soda pop harmonies, stomping beats, and classic pop sensibilities," the band is championed by BBC 6Music's Marc Riley to release the SAY Award long-listed album "Say It All With A Kiss" in 2016, followed by the EP Sirens in 2017.

"Having written and released five albums I can look back at this with different eyes and I think it's good, it's energetic, it's the sound of four friends in a room having fun learning as they go and discovering how they sound together," says Carla Easton, lead vocalist and synth player for TeenCanteen. "'This Is How It Starts' is a key part of our journey and story that has been lost and overlooked."

She adds: "t's raw and fresh and fun. It's carefree and innocent. It's tentative first singing, sometimes naive lyrics, it's new. It perfectly captures that special point in a band's time when everything is beginning."

"It's great to hear these tracks again and share it with our fans and beyond - I hope it's fun to hear how a band developed and how you can write your own music, lyrics and tell your own stories," adds Sita Pieraccini, bassist and vocalist.

RELATED ARTICLE: Glassmasterer Draws a Wildcard With 'Turn on the Big Machines'

Tags: Glasgow Indie Music
© 2021 EnStars.com All rights reserved. Do not reproduce without permission.
Most Popular