Is Blake Shelton having some second thoughts here about his relationship with Gwen Stefani? That's what fans can't help but wonder as the country music star himself has even hinted that one of his biggest regrets is not keeping the couple's romance more private.

In a new interview with Country Countdown USA, Shelton, who pulled the plug on his marriage to Miranda Lambert last year, says that even though there was no way he could have shielded his relationship with Stefani from the cameras, things would have definitely been less stressful for them without all of the public scrutiny they've been receiving lately.

He said, "At the time, when you go through what I went through with my divorce, you never know when it's the right time to step out and say I've started seeing someone. But what I found out, because it wasn't someone from my hometown, it was Gwen Stefani that I was beginning to have this relationship with. There was no hiding it. If I glance her way, it's the cover of magazines. If I could have kept my personal life private, I would have. Since I can't, I might as well let people in on the truth."

The chart topper also says that he never realized just how successful his girlfriend is until Stefani pointed out one of her own songs on the radio.

Shelton added, "One day I was driving down the road and 'The Sweet Escape' came on and Gwen was in the car with me and the intro started and I was like, 'What is this? I know this song. I love this song,'" he recalled with a laugh, "and she said, 'That's... that's my song!'" 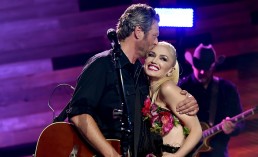 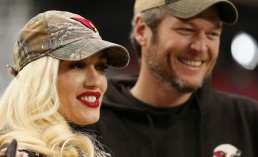 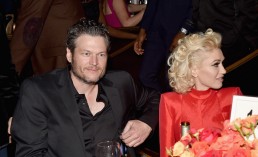