Jimmy Kimmel is waving the white flag on his battle against Sean Hannity, which was witnessed by everyone for the past week.

Kimmel issued an apology on Sunday night after a tumultuous nasty exchange between him and Hannity transpired on cyberspace before the very eyes of the public. The late night show host started his sorry by encouraging those who send death threats to his family to think about their hideous actions.

Then, Kimmel apologized to the LGBTQ community who felt offended by his remarks, as well as to Hannity who took offense of his "harmless" reference to Melania Trump's accent. However, his closing note took a rather different tone.

"I am hopeful that Sean Hannity will learn from this too and continue his newly-found advocacy for women, immigrants and First Ladies and that he will triumph in his heroic battle against sexual harassment and perversion," Kimmel ended his statement.

Hannity accepted Kimmel's apology, but not before airing his thoughts on this. He said he felt the apology was intended more for the LGBTQ community and not for his words against Trump. However, he did agree with the 50-year-old comedian that it's high time to just move forward, and said he "assumes he's sincere."

Hannity then invited Kimmel to his show and promised that the conversation would be more mature. He said they would engage into a discussion about the president's policies. The political commentator was sure the host of the now-defunct The Man Show would end up agreeing with him by the end of the conversation.

For those who don't know, Kimmel joked on Trump's accent during his monologue, to which Hannity took offense. He took it to his show on Friday to lash out against the former, citing the attacks against the United States President, the first lady, and their children.

But that wasn't the last of it. Hannity then shifted his anger to a platform where anyone can read it. He slammed Kimmel and used #PervertKimmel, and even described him as an "ass clown" and "despicable disgrace."

Kimmel answered back by saying Hannity was the "ass clown circus." The latter then hit the former again when he called him a "pig, pervert, and racist."

Hannity's "acceptance" of Kimmel's apology was announced on Monday night. He ended it by taking a shot at media, which he described as "an extension of the Democratic party." He went on to remind Kimmel that he would not grow tired of defending and even threatened him that his team already compiled things that could destroy the talk show host. 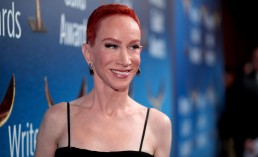 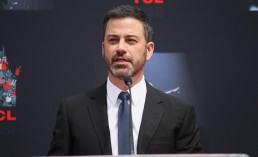 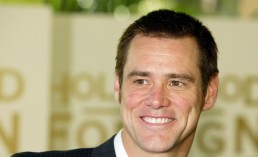 Jim Carrey Celebrates Good Friday With A Portrait Of Jesus