The 29-year-old model took to Instagram to share to her more than 14 million followers a photo of her baby girl, who was clad in a denim dress. Noticeable is the girl's pink extensions that matched with her colorful accessories.

As of writing, the photo had already received more than 450,000 likes. The comment section echoed Chyna's caption as most of the onlookers were swept by Dream's adorable charm.

It seemed that Kardashian-Jenner clan had been a fan of colorful bobs! Dream's cousin, Penelope Disick, was spotted debuting her pink locks in December. Her aunt Kim Kardashian also donned pink hair in late February, who then said she was "over" her blonde hair.

More recently, aunt Kylie Jenner, who was known to be a pro in hairstyle changes, was seen during Coachella rocking a bright pink hair. The makeup maven even shared it to her followers on social media and said she "was not a regular mom," but a cool one.

But pretty sure Dream takes it from her mom, Chyna, who constantly mixes things up a bit. Last week, she uploaded a photo of her beside a Ferrari. But despite the luxury car, what was a scene stealer was her pink pastel hair.

Prior to that, she was seen sporting a platinum blonde hair. Chyna has always been bold when it comes to trying different colors of hair. Last year, she had her tresses colored with multiple colors, which was dubbed as "unicorn hair."

Meanwhile, Chyna's photo came just days after the father of Dream, Robert Kardashian, posted photos of the child as well during their father-daughter bonding. The cute little girl was in character as she played tea party with her daddy.

Clad in a gray one-piece jumpsuit and a pink apron, Dream was all smiles as she held a mug. Later that day, Robert also posted another one with the girl seating on a blue fluffy couch. The 17-month-old was wearing a pink tutu that matched her pink shoes.

"Then a little bit later another tea party. Lol im dying how My baby looks like two completely different girls in a matter of minutes. Lol LOVE U DREAM," enamored Robert wrote. 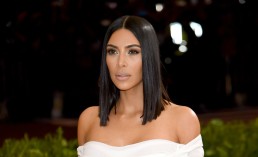